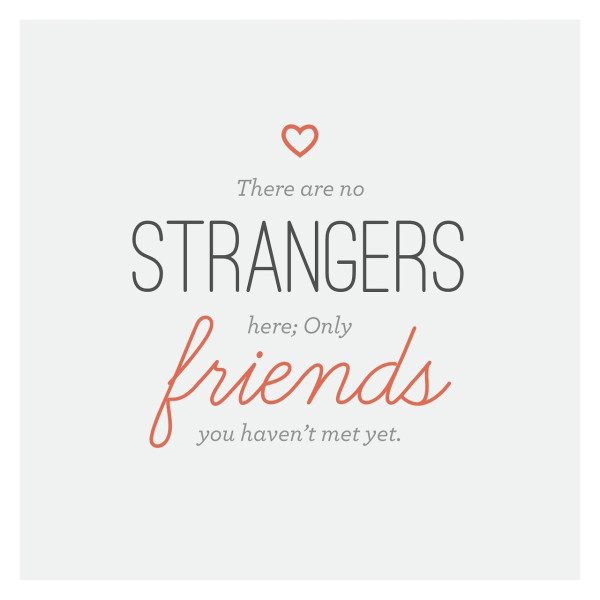 Feel free to shoot me a message introducing yourself, or just add me and I will check you out :) I'm open to people of all kinds, as long as you aren't the type to be mean for the sake of being mean. Entries related to personal problems will be immediately friend-locked. Entries of lighter nature will remain public for a short period, but locked in rotation.
Looking forward to getting to know you.

I'm still alive. Work has been very stressful in both good and bad ways. There is a new woman on my team who is a pain to deal with. She's smart and organized, and honestly, she would probably be a better leader than our current leader, except for one reason -- the main reason she more than likely wasn't made leader -- her way of speaking is extremely rude and aggressive for a Japanese person and is intimidating to approach.

However, whenever she starts telling our leader how she thinks we should change A,B,C to make certain things easier, I find myself thinking "Yes! I've been saying that from the start!" Because of her aggressive way of speaking, our actual leader always steps down to her, and slowly, our work performance has been improving.

It's been emotionally heavy trying to maintain a friendly relationship with our actual leader, who I really like as a person, while at the same time still supporting the ideas Bossy Lady brings to the table, even though I don't like her at all.

Japan has extended it's emergency delcaration again. This time, we've chosen not to give it any mind. Little by little, we're starting to slip in to the group that believes there is an ulterior motive to a lot of the decisions being made. Mostly, we can't fully grasp how COVID can be so horrible that they have to implement stricter regulations to battle it, but not horrible enough that they can delay vaccines as much as they are, yet still expect the country to be safe enough for the Olympics in about a month-and-a-half.

We decided to hit the countryside to destress, but still did our best to be safe by avoiding crowds, wearing masks and disinfecting often, We went to go see a sheep dog show, and of course, the dogs were great. Being near them made us feel more impatient about getting a dog. Ryu's parents agreed that if we found a dog we wanted, they would let us keep them there at the family home until we move in to our own house. It might be an offer we take them up on. 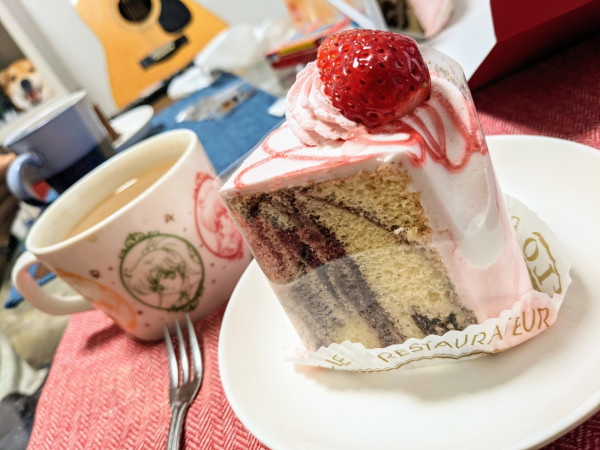 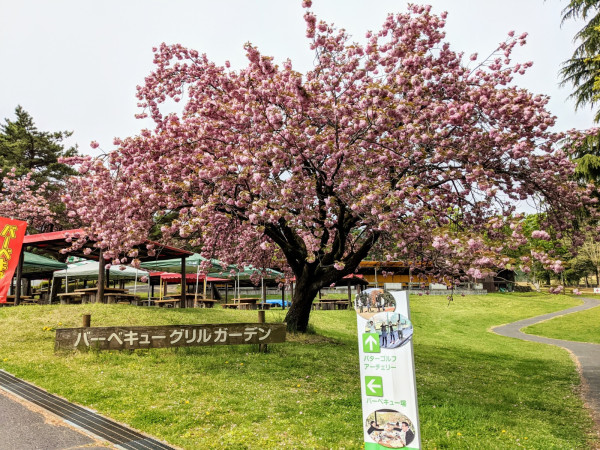 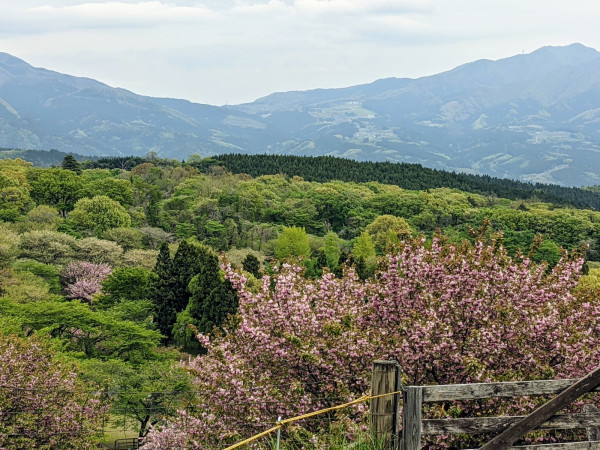 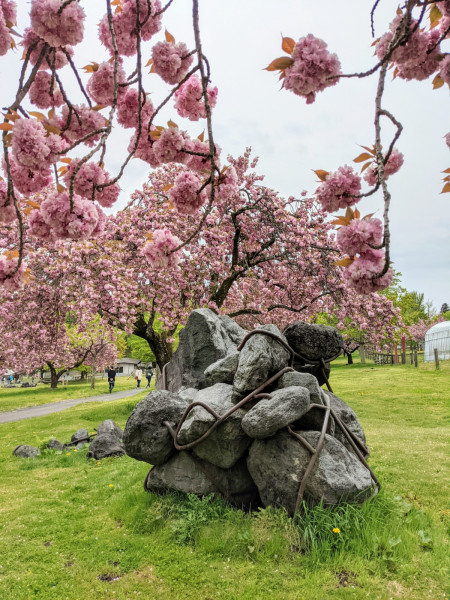 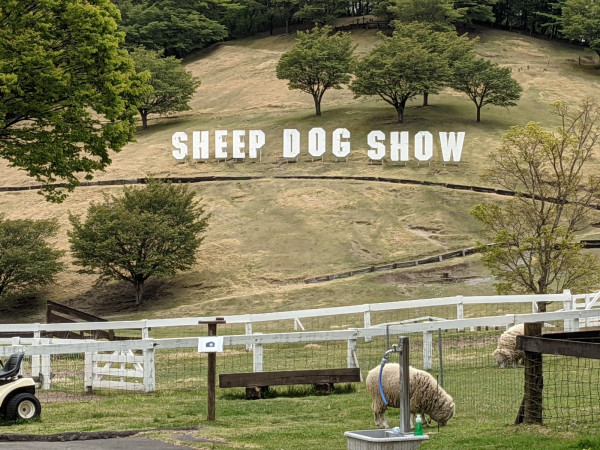 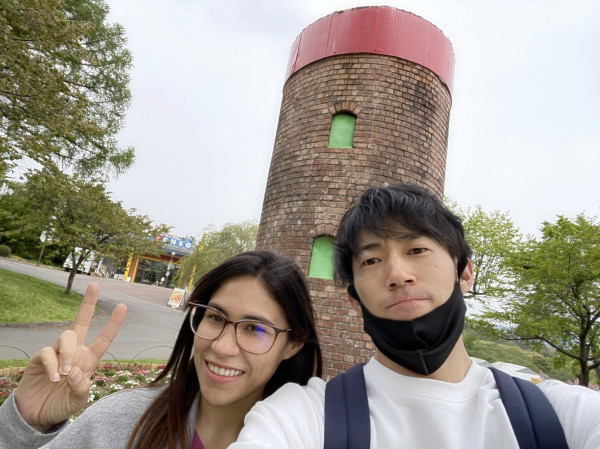 【I was finally able to find a LAWSONS that carried the Sailor Moon items I've been looking for!】
Yesterday was my last day of work. Despite knowing I need to lose three 3kg, I decided to celebrate by starting my morning off with 3 krispy creme donuts and alternating cups of tea and coffee. They were gloriously delicious, but I probably only think so because I haven't had Krispy Creme in four years.

As a present, I received flowers, some Yuzu hair oils and a few cases of tea. I'm happy for the oil, as I'd been wanting to toss out my current product, and tea is always greatly appreciated but bouquets always make me a bit sad, since the flowers eventually die.

The company ended up bringing in the man that had worked a few of my events in December, to replace me. After I finished handing everything over, he invited me out for a drink. Over drinks he told me that he actually works for a dispatch, and he wasn't being directly hired -- only contracted until they could find a permanent member. He also stated he wasn't interested in becoming a permanent staff, as he liked the freedom that came with being dispatch. We ended up exchanging information, as it turns out he actually lives only 30 minutes away on foot, just on the other side of the station. What an unexpected situation.

On that same note, I'm feeling a bit irritated, though I completely get my former company's perspective. Once clients had been told that I was leaving, I began receiving cards including personal phone numbers and emails asking me to contact them about meeting on a more personal level. I've worked with a lot of them for roughly 5 years, so we know each other quite a bit and have many similar hobbies. Many of them, I'd love to be friends with. I decided to double check with the company to make sure I wasn't crossing any lines, and apparently I'm not allowed to have contact with anyone I've worked with. Are we not all adults here or...? If I want to do anything with even a slight connection to the company, it needs to go through their HR department. I can't message X-san directly and invite them for coffee. I have to message HR who will message boss and get permission.

They've also asked that I avoid the company area during office hours and was told "Well, you don't live in Kawagoe anyway, so you have no reason to be coming to this city." Alright, but my not working there anymore is not going to keep me from going. I love a lot of the temples and the cheap sweets and it's unrealistic to expect me to give that up because they don't want me to run in to clients. What. Is. The. Fear?

I start my new job on Monday. It seems that I won't be doing a full month of training in Tokyo -- it's only about two weeks, and not every single day. I'll be relaxing today, catching up with youtube videos and watching 進撃の巨人 discussion videos as I do yoga. Recently, I've been having the urge to pick up Piano again, so I want to look in to some of that too. Just in case it went missed (Since people seem to be freaking out now more than ever), you can reach my DW by clicking on the image to the left. Livejournal will still be my platform until it completely disappears from the net, but for those who decide to stop using LJ beforehand, the content on my DW will be exactly the same. I look forward to keeping touch with everyone here, there, or even on both.


So why am I an idiot? Because I accidentally made this entry private so that only I could see it, then paniced when no one had come forward to either add me or give me their DW account. I was sad that no one wanted to keep in touch. Why didn't anyone keep in touch??

Because you couldn't see this entry XD My bad.

Great New Years date. I will keep long stories short, but if Masahiro wants any more of my attention, he's definitely got it♡ (˘▽˘>ԅ( ˘⌣˘) . We were raised in similar environments, so we have a lot of the same interests and morals. And he's the first person in a while to fully grasp that while I am foreign, my brain doesn't function in English all the time, and that I wasn't raised in typical American culture. When he looks up words I don't know, he does it in Spanish and he doesn't ask about America, but Puerto Rico. He appeals to a side of me a lot of people (and even Kenshi was guilty of this) seem to forget about, or simply ignore.

Anyway, no rushing. I still want to get to know Sakka-kun, and Yuuki better as well.
When it comes to love, I've always acted in the heat of the moment and just gone on gut feeling. I might try a different approach this time. Slow.

Tokyo Tower. Even thinking about it now, I laugh. We went to Tokyo Tower for the count down. Last year,they turned off the tower, and then at midnight turned it on, returning it to it's bright glory. 10 seconds to midnight. Everyone starts counting down. 10,9,8,7,6,5,4,3,2,1.....and....nothing! So everyone counts again. Confused murmers and whispers begin to travel around. Then, a police officer drives by in a car and in a voice I found much too cheerful says "We aren't turning it back on this year...! We aren't turning it on this year....!" And we could hear the joy in his voice. It was as though he also did the count down, eagerly awaiting to be able to give everyone the disappointing news. I asked Masahiro why the officer would wait until after midnight to say it, when he knew everyone had been standing around for an hour before, and we laughed it off because we decided we'd probably do the same thing. It became a running gag with us that continued through out the night and well in to the morning.

Updated my agenda for this month and fixed my budget. While I have a full 2017 yearly goal list, I've decided five goals I will focus on this month: ① Write something everyday. On paper. ② Stop going grocery shopping until I've used everything I already have in my kitchen. I buy too much and it all goes bad before I can use it. ③Stretch more. I'm too stiff! ④Clean out my closet and restock it. I still wear too many things in L and M, while I am an S(Japanese) XS(American). ⑤Stop hanging out with new guys. It is much easier for me to make male friends. I need to start making friends with, and maintining friendships, with girls.

Good luck to us all!
Happy New Years!! 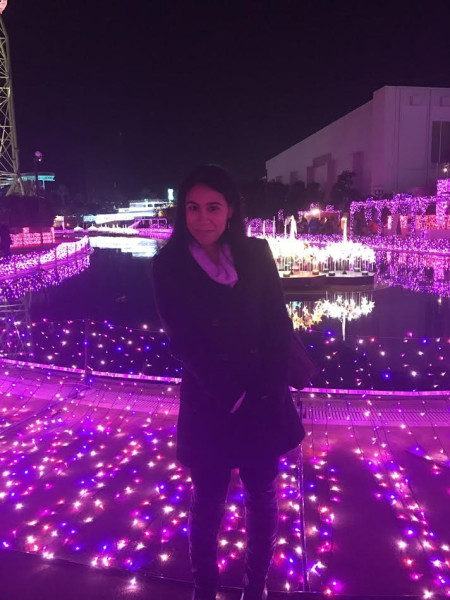 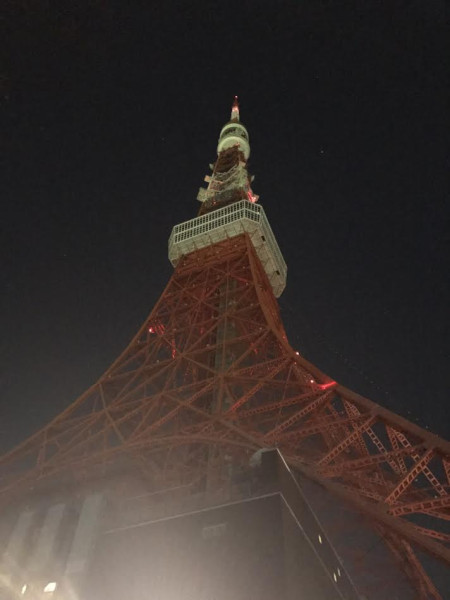 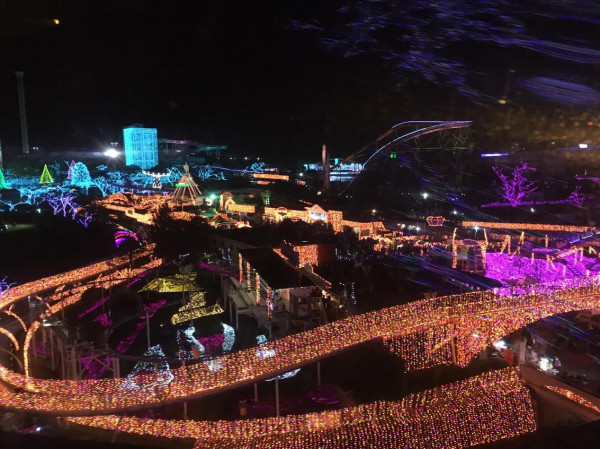